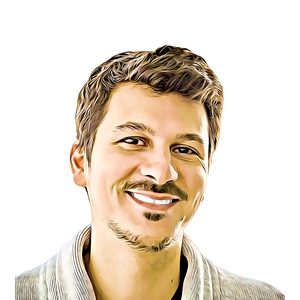 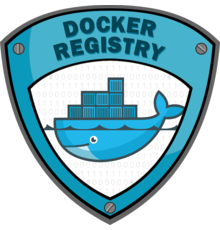 Install a private Docker registry as part of a Kubernetes cluster to become available for any resource on the local home network.

In this section we will mount an external storage device into a dedicated Kubernetes node, make it available as a static local storage for the Docker registry pod intended to run on that node.

Once an external storage is ready and connected we will want to use it as a persistent volume and write data to it from pods running on the Kubernetes node it is connected to. To achieve this behavior we will have to tell Kubernetes that this volume is available by using the PersistentVolume and PersistentVolumeClaim resources.

When creating the registry as a Kubernetes resource, we will have to tell the registry that we want it to save its own data on the external storage device rather than on the Raspberry Pi SD card. In order to do so, we will assign a statically provisioned local persistent storage that we have mounted manually.

We will use Kubernetes PersistentVolume (PV) which is a resource describing an independent volume detached from any pod/node lifecycle.

PVC is a claim to use a durable pre-defined abstract PV storage with size and access-mode consideration without exposing the user of how those volumes are implemented.

The following steps instruct you how to install a Docker registry using a persistent extenal storage device (a.k.a non-volatile storage) and making the registry available across the entire cluster nodes to interact with.

Tip: This preparation step is relevant only if you have used a persistent extenal storage device. It will ensure that the docker-registry pod is being created at the Kubernetes node that has the local storage connected to, otherwise please continue to the next Install step.

We want Kubernetes to create the docker-registry pod on the kmaster node. In order to do that, we’ll have to label that node and use nodeSelector attribute when installing docker-registry Helm chart.

We will expose the Docker registry using traefik ingress controller, it will allow access to the the registry via HTTPS with proper TLS/Cert.

We will create a certificate using cert-manager to allow accessing the docker-registry using the hosted name registry.MY_DOMAIN.com within our home network. Create a self signed certificate as described in here under container-registry namespace.

We will install a web user interface to simplify interactions with the private Docker registry. Since the repository containing the Helm chart is missing Helm index.yaml metadata, we will have to clone the repository and perform a Helm installation from disk.

We will rely on previously installed docker registry, thus we will indicate in the dashboard Helm chart that an external repository should be used instead of creating its own.

The registry web UI has a few known issues, in here you will find ways to mitigate them.

When deleting an image from the registry web UI, the image name remains and still shown in the UI, follow this GitHub issue for additional information.

If the empty image names bothers you, the easiest way to clear them out is to delete the image folder from the mounted storage that holds the private registry images.

We will expose the Docker registry UI using traefik ingress controller, it will allow access to the the registry UI via HTTPS with proper TLS/Cert.

We will create basic authentication for accessing the Docker registry Web UI.

Note: Please skip to the Configure instructions in case you have already created a certificate for the Docker registry in the previous steps since they both share the same wildcard domain *.MY_DOMAIN.com under the same namespace.

We will create a certificate using cert-manager to allow accessing the docker-registry-ui using the hosted name registry-ui.MY_DOMAIN.com within our home network. Create a self signed certificate as described in here under container-registry namespace.

Now that we have a running private Docker registry, we would like to interact with it from within the Kubernetes cluster (k3s in our case) and allow nodes to pull private images. In order to so that we should tell Kubernetes that registry.MY_DOMAIN.com is another mirror for pulling docker images.

Note: These instructions are relevant for the Rancher Labs Kubernetes distribution k3s. For other distributions, please refer to the official documentation for adding another Docker registry mirror.

These instructions MUST be applied on all the Kubernetes nodes on the Raspberry Pi cluster, in this example we will focus on the kmaster node.

In this section we will verify that we can interact with the private Docker registry from:

Docker client has two approaches of interacting with a private docker registry - Trusted vs. Insecure.

When interacting with the private Docker registry using a Docker client, it is advised to have a valid certificate for registry.MY_DOMAIN.com. If we’re using a self signed one we can register it as specified in the Trust section of the cert-manager post.

If you want the fast-and-dirty approach (which isn’t recommended) to push images from a client machine to the private Docker registry, you can tell Docker to treat the private registry as insecure.

We will use a Docker client to pull a busybox image for ARM architecture, tag it and push it to the private Docker registry.

The fact that we are working on different architectures prevent us from pulling images on client machine (would pull according to the local machine arch), pushing them to the private registry and then pulling them from within the cluster (unsupported arch).

Doing so would result on the exec format error error, for example:

In order to solve that limitation, we’ll have to specify the exact build SHA of the image when pulling from a non-ARM based machine.

It is a CLI of the container runtime which we use from within a Raspberry Pi server to interact with the private registry.

The k3s Kubernetes distribution we are using on top of the Raspberry Pi cluster installed crictl for us. The RPi boards architecture is ARMv7, it means that if we will pull images from within a RPi server using crictl it will pull the appropriate arm/v7 image built for the ARM architecture, rather of relying on a specific SHA (as described on the Docker Client section).

Tip: It is advised to verify that the image you pull contains a tag for the architecture that you require. For busybox image check the available tags in here.
Important: Unfortunately, crictl doesn’t support tag & push operations, you are welcome to follow this GitHub feature request if anything should change in the future.

Wow ! This post is indeed a long one with many pieces of information required to be glued together to grasp the big picture.

I hope that you have successfully created a running private registry and by doing that, you feel confident enough to host freely any image you can think about on any storage device as simple as any USB stick lying around to use within your Kubernetes cluster

Don’t limit yourself to a pricing/subscription model, just replace/add a new storage device to suite your needs without suffering from any data transfer cap for your homelab.